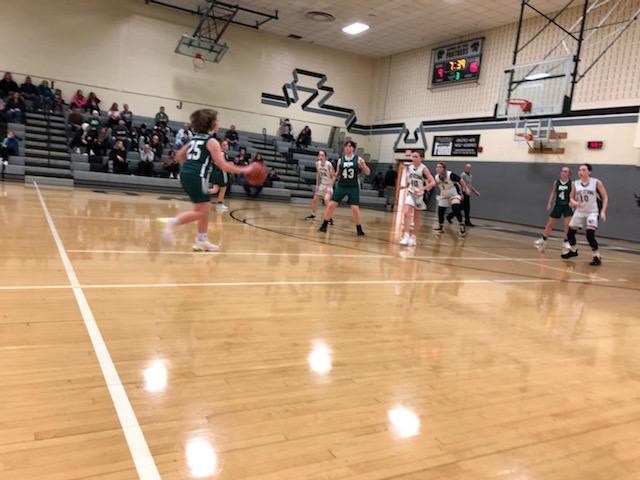 The 8th grade Lady Rockets traveled to West Ottawa last night to take on the Panthers. For the second time this season the team was able to defeat the Panthers. West Ottawa sat in a 2-3 zone all night. The team moved the ball around and were able to knock in some shots. The team led 16 to 9 at the half thanks to a buzzer beating 3 pointer by Sara Carlson. The team extended their lead to 11 points at the end of the 3rd quarter. The final score was RP 30 and West Ottawa 20. The team will have their last two games at home including against Mona Shores on Wednesday. Hope Latsch had 2 points. Carlee Bowen had 2 points. Amani Starr had 2 points. Maya VandenBosch had 2 points. Taylor Long had 2 points. Sara Carlson had 3 points. Jayla Trepanier had 5 points. Jersi Bilek and Emma Lamphere were leading scorers with 6 points each. The team improved to 4 and 6.