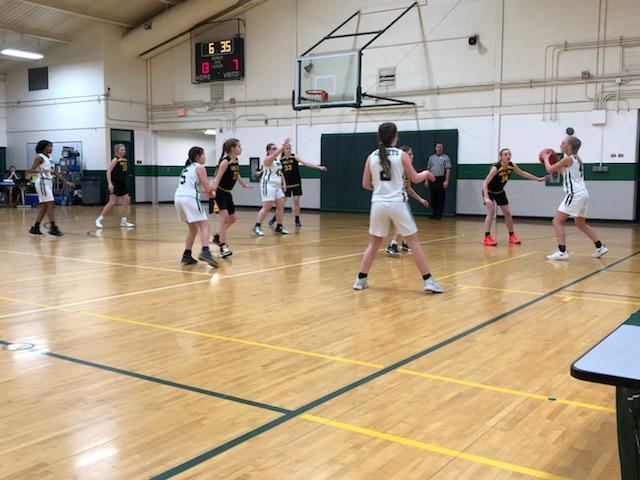 Much improved rebounding propels the Rockets to victory

The  8th Grade Lady Rockets played host to the cast of Hamilton on Wednesday night. After some poor rebounding efforts in the last few games the focus in practice as been on boxing out. That played a valuable part of the game against the Lady Hawkeyes. The Rockets limited Hamilton to one contested shot on many offensive possessions.  With good rebounding, timely shooting and a nifty crossover from Sara Carlson, the Rockets took a 20 to 12 lead at halftime. The 2nd half was pretty even  but key free throws by Emma Lamphere helped seal the victory for the team. The Rockets defeated the Hawkeyes 35-29 to earn their 3rd victory of the season. The Rockets will be watching film tonight to see what over facets of the game that they can improve upon. Leading scorers were Keeley Cole with 1 point, Hope Latsch with 5 points,  Sara Carlson with 6 points, Amani Starr with 8 points and Emma Lamphere with 15 points.